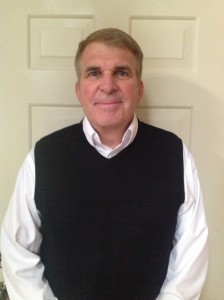 A list of current and former LEC clients includes the following:

Dr. Tony R. Franklin served on active duty as an Army Military, Aeromedical, Joint SERE and Special Operations Psychologist for over 22 years. He is most noted for his extensive years of dedicated service as the Regimental Psychologist of the Army’s premiere night fighting aviation unit, the 160th Special Operations Aviation Regiment (Airborne), The “Nightstalkers.” Dr. Franklin is still considered one of the leading experts in Army Aeromedical Psychology and still sought out for conventional and SOF Command Consultation on matters of importance to DOD Aviation assets to include the training and supervision of new Aeromedical Psychologists. He was also one of the Behavioral Health pioneers in the area of Unit Response to Tragedy, Casualty Notification and Disaster Recovery creating models that are still taught in Officer and NCO service schools, senior Leadership colleges and adhered to today throughout the DOD. Dr. Franklins extensive work in the areas of Grief and Loss with the 160th SOAR(A) Gold Star Wives Support Group from 1993 to 2007 served as the foundation of the National Sub-Chapter of the Night Stalker Association now known as the “Families of Fallen Nightstalkers.” Following his retirement, he continued to serve the DOD Special Operations community as a Contract Consulting Psychologist for the past 16 years. He received his doctorate in Counseling Psychology from the University of Georgia and completed his post-doctoral Residency in Clinical Psychology at Eisenhower Army Medical Center. A retired Lieutenant Colonel, he has taught Aeromedical Psychology at the United States School of Aviation Medicine and leadership at the United States Infantry Center and School. Presently, Dr. Franklin continues to serve DOD Special Missions Units as a Psychological Consultant specializing in the provision of Personnel Assessment & Selection and Leadership Development services to all DOD Special Operations Forces. Tony resides in Clarksville, TN with his wife, Susan, and their three boys.

rnest J. Lenz, PhD, MPH is a retired military psychologist, who completed service in the rank of Colonel.  He received his doctorate from Loyola University of Chicago under the sponsorship of the US Army.  Through the years, he has been a Special Forces officer, US Army Ranger, a program manager for the Saudi Arabian National Guard, the leader of a medical assistance training team during the war in El Salvador, Chief Psychologist at the JFK Special Warfare Center, and Psychology Consultant for the US Army, Europe. He served as both an APA Congressional Fellow and as a Peace Corps health volunteer in Guatemala.  For the past eight years he has specialized in the areas of assessment of high stress personnel and organizational development with an emphasis on leadership development. 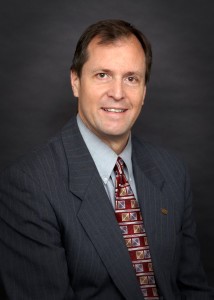 Kirk Kennedy, Ph.D., has over 23 years of experience in psychological assessment, case consultation , research, and training in various federal agencies. He has over 14 years of experience in the intelligence and law enforcement arenas consulting to operations and investigations. He has particular expertise in assessment and selection programs for high risk/special mission work. In addition, he has expertise in human intelligence source/asset targeting, development, assessment and vetting as well as detecting and preventing various types of insider threats. Also, he has 11 years of management experience and four years of overseas experience in highly classified settings. Finally, he has demonstrated skills in risk assessment and threat management; leadership assessment and organizational consultation; program design and implementation of effective consultation, research, and training programs.

Dr. Gary Hazlett has over 20 years of experience working as a psychologist with the U.S. Army, primarily with Special Forces and Special Operations command units. As an active duty psychologist he conducted assessment and selection of personnel, leadership development, intelligence acquisition, and human performance research services for other government and DoD agencies to include the United States Army John F. Kennedy Special Warfare Center and School. Dr. Hazlett has conducted psychological assessments for the Special Forces candidacy program, components of the Adaptive Thinking/Leadership Development Program, and other SF leadership development programs. He has experience in providing support to the assessment and selection programs for the 75th Ranger Regiment, the 75th Ranger Reconnaissance Detachment, the Joint Special Operations Command, the Joint Special Operations Command Communications Unit, the Army Survival, Evasion, Resistance & Escape Instructor Course, the 160th Special Operation Aviation Regiment, the United States Marine Corps Special Operations Command, and more recently to the US Army Asymmetric Warfare Group. He has served on several national level panels on special applications of psychology in governmental organizations and has been a principal investigator in multiple government sponsored research and development projects focused on constructing a new generation of tools for enhancing human intelligence operations. Dr. Hazlett has published research on the impact of stress on human performance and cognition, the impact of stress on biological systems, and stress resilience. Dr. Hazlett's military experience includes tours of duty in the first Persian Gulf War and in Afghanistan, where he worked directly as a consultant to intelligence operations.

Dr. Phillip Atkinson is a Board Certified Clinical Psychologist with over 8 years of experience supporting Special Operations forces and other government agencies. Dr. Atkinson’s areas of expertise include assessment and selection for high-risk and sensitive occupations, leadership development and consultation, peak performance training development and oversight, resilience and trauma recovery, and cross-cultural assessment. Dr. Atkinson is an FBI Certified Crisis Negotiator, a Department of Defense Aeromedical Psychologist, and is Certified by the Joint Personnel Recovery Agency to support reintegration of isolated or captured personnel. During his service on Active Duty in the US Army, Dr. Atkinson served multiple combat tours in support of SOCOM operations in Iraq and Afghanistan, earning the Bronze Star and Defense Meritorious Service Medal for his contributions. Dr. Atkinson has been a SPA consultant since 2011, and he continues to serve in the US Army Reserves.

S.J. Soter has been a clinical psychologist for the past 33 years. He received his doctorate in clinical psychology from the Florida Institute of Technology and completed his Medical Degree from The College of Medicine and Health Sciences of St. Lucia. A retired Army Major, he has taught psychology, and Psychoanalysis in Chicago, Florida and Zurich Switzerland and was appointed by the Governor to the New Mexico Board of Psychologists Examiners. Presently, Dr. Soter maintains a private practice in Santa Fe, New Mexico, where he treats Children and Adults. He also consults with the Army and Marine Corps in the areas of assessment of Special Forces personnel. Dr.Soter resides in New Mexico with his wife, Elizabeth.

Michael Jones PhD is prior Active Duty Air Force. He is a SERE psychologist and Aeromedical Psychologist. He has deployed to Afghanistan performing operational psychology roles that include support to intelligence missions and psychological assessment and selection of local soldiers into host country special mission units. He has spent the past couple of years doing programs and research for the US Army. He has also been on the clinical psychology internship and residency faculty at Madigan Army Medical Center for 6 years. During this time he has also been extensively involved in SOF assessment & selection and special mission training & oversight. This includes SOAR, LRS, Ranger Regiment, US Army Special Forces, NASA and the DATC course at Ft. Huachuca. He presently works with 1st Special Forces Group where he divides his time between clinical services, command consultation and assessment/selection.

Tony Doran has been a clinical psychologist for the Navy for the past 20 years. He received his doctorate in clinical psychology from the University of Hartford and completed his post-doctoral fellowship in pediatric neuropsychology at Harvard Medical School. A retired Navy Commander, he has taught psychology and leadership at the Naval Academy & Johns Hopkins and has participated in a number of research projects with Yale & the Army examining the effects of severe uncontrollable stress. Presently, Dr. Doran is the Director of Operations of Psychological Consulting Services specializing in consultations in the areas of assessment of Special Forces personnel. Tony resides in Maryland with his wife Donna and their three children.

Dr. CA Morgan III (Andy) has been in clinical practice for the past 23 years. He is a member of the clinical faculty of medicine at Yale University & the National Center for Post Traumatic Stress Disorder. Dr. Morgan has received grants and has published over 100 peer reviewed scientific papers on learning, stress, PTSD as well as selection and performance in Special Operations forces. For his work and contributions to the SOF community, Dr. Morgan was awarded the US Army Award for Patriotic Service in 2008; In 2010 Dr. Morgan was awarded the Sir Henry Welcome Medal and Prize for having developed specific interventions that buffer the negative impact of stress on human cognition, memory, learning and operational performance in SF soldiers. Dr. Morgan completed his Forensic Fellowship at Yale in 2001 and has served as an intelligence officer with the Central Intelligence Agency. He currently has a private consulting practice and specializes in the areas of selection and assessment, eyewitness memory and credibility assessments. He and his family currently live in New Haven, CT. 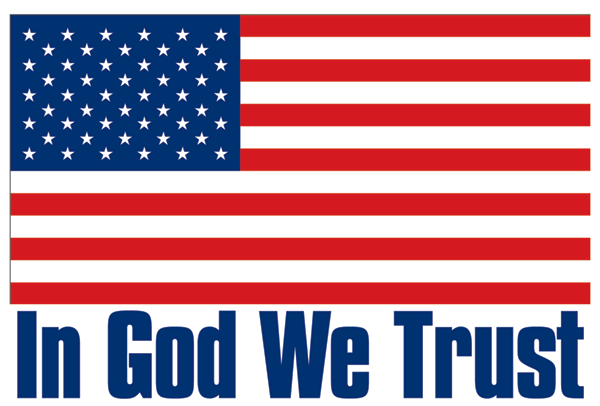