The FBI Hostage Rescue Team (HRT) is the counter-terrorism and hostage rescue unit of the Federal Bureau of Investigation. The HRT is trained to rescue American citizens and allies who are held by hostile forces, usually terrorist and/or criminal.The
Hostage Rescue Team was founded in 1982 by Danny Coulson and completed its final certification exercise in October 1983.

The HRT’s purpose is to serve as a domestic counter-terrorism unit, offering a tactical resolution option in hostage and high-risk law enforcement situations. It was originally composed of 50 operators; however, this number has since increased to well over 90 full-time operators. The HRT commonly functions as a national SWAT team in highly sensitive or dangerous situations. Today it is part of the Tactical Support Branch of the FBI’s Critical Incident Response Group (CIRG) and is based at the FBI Academy at the Quantico Marine Corps Base, in Stafford County, Virginia. 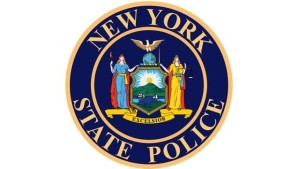 The Special Operations Response Team (SORT) was created in 1980 to provide a tactical response element for the Winter Olympics in Lake Placid. There are currently five regional teams: Capital, Central, North, South, and West. The teams train and respond daily, and are a full-time asset providing their specialized services to communities and law enforcement agencies across the state. The purpose of the Special Operations Response Team is to support the New York State Police with a tactical response to critical events and other specialized assignments within the State of New York.

The United States Army 160th Special Operations Aviation Regiment (Airborne), also known as Night Stalkers, is a special operations force of the United States Army that provides helicopter aviation support for general purpose forces and special operations forces. Its missions have included attack, assault, and reconnaissance, and are usually conducted at night, at high speeds, low altitudes, and on short notice. The 160th SOAR is headquartered at Fort Campbell, Kentucky.